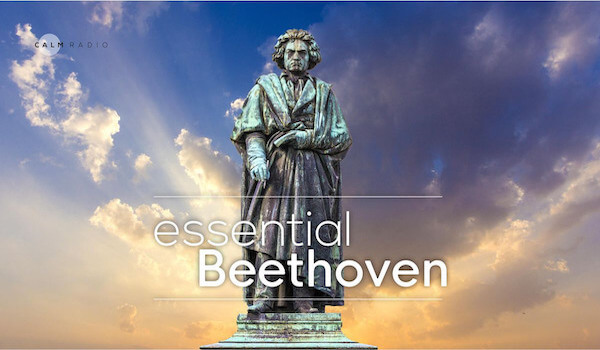 Relax With Classical Music From The One and Only Beethoven

Calm Radio presents all the essential relaxing piano music from Beethoven to help you focus, study, or work. Let the beautiful classical music of this legendary composer create calm, relaxation and conduct your productivity.

“I would rather write 10,000 notes than a single letter of the alphabet.” — Ludwig van Beethoven

In his day, Beethoven was just as well known for his passionate temper as for his classical music masterpieces. Here are 3 interesting facts about this classical genius.

It is thought to be a nickname of Therese Malfatti, one of Beethoven’s piano students. Despite being much older than her, Beethoven fell madly in love. He was invited to a dinner party at the Malfatti residence to meet her parents one evening, however he dropped a precious glass ball and broke it into a million pieces. Beethoven had drank too much wine that night and was unable to play “Für Elise”. Malfatti’s parents forbade him from ever seeing their daughter again.

The famous Für Elise music score was only found among Malfatti’s possessions after she died in 1851 and was not published until 1867… 40 years after Beethoven’s death.

2. Beethoven created his most beautiful music while deaf.

Beethoven started losing his hearing in his twenties, and was completely deaf towards the end of his life. He composed some of his best work during that time, although tragically he couldn’t hear it being played. He even had to be physically turned around on stage to be shown the roaring applause in the audience because he could not hear it.

3. Beethoven died during a thunderstorm.

On March 26, 1827, the last night of Beethoven’s life, an enormous thunderclap reverberated through the bedroom. Although deaf and comatose, Beethoven lifted his clenched fist like an army general’s salute. Seconds later, his arm fell back onto his bed. Moments later, Beethoven died.

This channel offers a hand-picked selection of Beethoven’s most calming and relaxing pieces, beautiful music you can listen to while working and studying.

We created this relaxing music channel to celebrate the piano work of the master composer. It’s filled with light, calming classical music that’s perfect for study, focus, work, or while reading. It is just one of many Calm Radio’s calming music channels that feature the works of this transcendent composer.