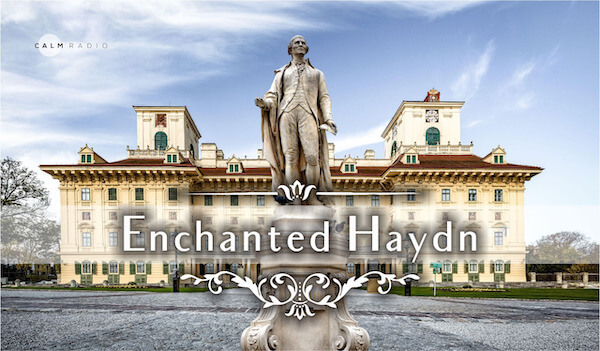 Haydn was one of the world’s most influential romantic composers of the 18th century. He was cheerful, with a great wit and sense of humour that were often reflected in his lighthearted compositions.

Here are some interesting facts about Haydn’s life.

Haydn’s singing voice was so impressive from an early age, that at just five years old he was asked to join the Choir School of St Stephen’s Cathedral in Vienna.

The choirmaster suggested that Haydn undergo a castration to prevent his voice from breaking, but fortunately his father refused! Once Haydn’s voice changed, he was expelled from the school.

Haydn and Mozart had great admiration for each other and developed a close friendship. Mozart even dedicated six of his quartets to Haydn, who had established the quartet style and taught Mozart how to write them.

Haydn’s Symphony no. 96 was one of the most memorable ones in history. The theatre was full with an audience excited to see Haydn. At one point, the guests hurried towards the stage to get a closer look at the famous composer, leaving the middle seats empty. At that moment, the giant chandelier fell down from the ceiling, crashing onto the seats vacated just minutes before. Remarkably, no one was injured. Haydn was deeply moved to have inadvertently been the cause of lives saved.

That very night the symphony became known as the ‘Miracle’ Symphony.

Haydn orchestrated a special finale for his Farewell symphony when it was first performed in 1772. At the end of the final movement each musician stood up, blew out his candle and left the stage, until only two violins remained. This was a hint to their employer Prince Nikolaus that the musicians were exhausted after an unusually long season and longed to return home to their families. The Prince understood the message and released them the next day.

Today, this part of the performance remains a tradition.

When Napoleon invaded Vienna in 1809, Haydn was in the last year of his life. Widely known and respected but weak and unable to work, he refused to leave his house to seek refuge. And he didn’t need to — Napoleon placed a guard of honour outside Haydn’s house to protect the aging composer. Haydn was deeply touched by this, and died peacefully later that month.

Stream and listen free to Calm Radio’s relaxing classical music with dozens of composers like Haydn, Mozart, Beethoven, baroque music like Bach for study and focus music. Calm music in the Calm app is available for iPhone, iPad, Android, Alexa, Roku, Sonos, Bluesound, Kindle, Apple TV, and many other devices.